Category Archives: US Congress – other 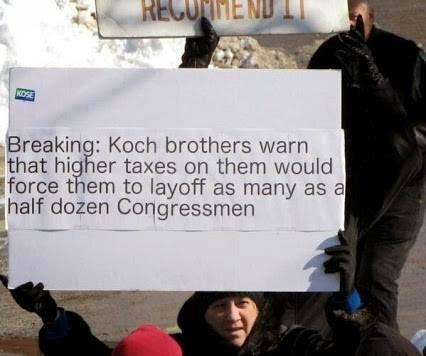 Last Wednesday, the U.S. House voted to cut a horrifying $8.7 billion from food stamps. Next week, the Senate will face the same bill.

Almost all of the food stamp cuts come from 16 states and the District of Columbia — including Pennsylvania. The rest of the nation is left virtually untouched.

Please join DFA and our friends at DailyKos in asking your U.S. Senators to just say “no” to food stamp cuts.

But wait, that’s not all — 15 of these 16 states voted for President Obama twice, and 28 of their 32 senators are Democrats. In other words, these cuts are targeted overwhelmingly at poor folks in blue states.

This latest version of the Farm Bill cuts food stamps and overwhelmingly impacts low-income folks in blue states. Sign and send DFA and DailyKos’ petition to your two Senators, telling them to vote “no” on the Farm Bill.

We’ve been fighting an uphill battle for months and we are now in the last moments. As frustrating as it is, keeping on the pressure is the best way to discourage Senators from making a costly mistake.

Thank you for all you do.

Can you chip in $3 to help DFA keep fighting on food stamps?

Filed under Rights, Justice, Law, US Congress - other, US Senate

by Lawrence Davidson, To the Point Analyses

In the eighteenth century the West shifted from mercantilism to capitalism. Mercantilism was an economic system that gave governments wide-ranging regulatory powers over commerce, mostly to ensure a positive balance of trade. It also allowed for strong guild structures and protection for domestic industries. However, the Industrial Revolution ended mercantilism and brought to power a business class that wanted to be free to operate without government oversight.

As the capitalist worldview evolved, it made a fetish out of the “free market” and viewed government as, at best, a necessary evil. Any sort of regulation was seen as the equivalent of slavery, and the proper role of officialdom was reduced to maintaining internal order (police), defending the realm (military) and enforcing contracts (the courts). Any government involvement in social welfare was disapproved of because it allegedly promoted laziness among the poor, but this was just a convenient myth. The real reason for keeping government activity to an absolute minimum was the rising business class’s fear and loathing of taxes.

In Europe the rationalizations for capitalism remained primarily secular, looking to the maximization of efficiency for the sake of profit. In the United States, however, where little good happens that is not ascribed to an overseeing God, secular rationalizations were soon complemented with the notion of divine will. God wanted unregulated economic freedom and minimalist government to prevail.

This religious view continues to exist. Today’s struggle to return us all to minimalist government and maximum economic “freedom” is led by a collection of fundamentalist Christian right-wingers and Tea Party mad hatters. Chris Hedges lays out a worst-case scenario of the drive for power by the Christian right in his recent article “The Radical Christian Right and the War on the Government.” He tells us that “the public face” of this political force is “on display in the House of Representatives” and its main ideological aim is to “shut down the government.” Hedges also points to Texas Senator Ted Cruz as the archetypal fundamentalist politician leading the charge against big government. Hedges thinks this is just the first step toward the real goal of men like Cruz, which is to make the U.S. a Christian fundamentalist nation.

In the struggle that has ensued, the radical conservatives’ enemy is the Democratic (or “big government”) Party in general and President Obama in particular. As an indication of just how isolating and distorting ideology can be, focus groups of conservative Republicans have revealed a deeply held conspiracy theory. According the researchers who conducted this study, “What drives the Republican base . . . [is] a genuine belief that Obama has a secret agenda to drive the country in a socialist direction.” They also believe that he is the head of a cabal. He seems to be a politician who “came from nowhere” and therefore is “propelled by some secret forces.” The focus groups revealed this belief to be held by “two out of every three self identified Republicans.”

In the 2010 election a combination of gerrymandering of voting districts to help elect Republicans and a high conservative turnout gave Republican Party control of the House of Representatives. It also brought a strong plurality of radical right-wing conservatives into the House. Both these radical politicians and many of their constituents shunned the sort of compromise that is, or should be, at the heart of democracy. For the radicals principle was more important than compromise. That attitude led to the recent political confrontation with its shutdown of the federal government and the near default on the public debt. …

continue reading at To the Point Analyses

Yesterday’s mass shooting at the Navy Yard by yet another mentally disturbed young man is becoming depressingly ordinary.  Twelve people were shot to death by a young man with an AK-47 semi-automatic rifle and a pistol for no reason.

Since Sandy Hook last December, America has suffered over 20,000 gun deaths, including 6 by the Santa Monica shooting in May, and 3 by the evicted man in Saylorsville PA at a government meeting.  In fact, more people have died by gun violence in this country since 1968 than in all of the wars in American history!

Yet, there is no sense of urgency to do anything about it, other than 7 states who have enacted tougher laws.  Colorado was one of them, and what was the result? The gun rights advocates, funded by the NRA, engineered a recall election that ousted two brave legislators whose only ‘crime’ was passing universal background checks and 15 bullet magazines. With only 11% of voters weighing in, this was truly the will of the rabid minority over the will of the people.

Meanwhile, in Washington, Congress has far more important things to attend to, like voting to repeal ‘Obamacare’ for the 41st time, or deciding whether or not to keep the doors of government open.

The Naval shipyard, where the recent shooting occurred, is in Congress’s backyard. Will this wake them up to deal seriously with the life and death problem of gun violence in America? Not likely, when even the shooting of a colleague, Gabby Giffords, did little to create the urgency needed to make meaningful change in the gun violence that runs amok in our nation.

The next time you hear a politician say that ‘new laws won’t do any good, just enforce the ones on the books,’ remind them of what happened in Australia.  In 1996, after a particularly horrific mass gun violence incident, Australia’s government enacted sweeping laws on common sense gun safety within 3 months.  The result? No mass shootings in Australia since!  This can only happen here when our politicians stop fearing the backlash of the NRA, and stand up to do the right thing: protect American lives, instead of their own careers.

Filed under Guns, violence, crime, US Congress - other, US Senate